Filinvest REIT Corporation (FILRT) believes that gender equality is a necessary foundation for a sustainable future. As a champion of sustainability, FILRT is one with the world in celebrating National Women’s Month. Additionally, investors are increasingly underscoring companies’ gender diversity and equity to determine how they respond to environmental, social, governance (ESG) risks and opportunities, with gender equality in the workplace as one of the main target areas.
Thought leaders have chimed in to the discussion with substantial results. S&P Global Market Intelligence’s groundbreaking study, “When Women Lead, Firms Win” found that firms with female C-level executives are more profitable and have produced superior stock price performance compared to the market average. The research also showed that firms with high gender diversity on their board of directors have been more profitable and larger than firms with less gender diversity. (source: https://www.spglobal.com/en/research-insights/articles/how-gender-fits-into-esg)

“We believe that for everyone to flourish, we need to promote a gender-inclusive and gender-responsive culture,” said Maricel Brion-Lirio, FILRT’s President and CEO. “To make equality a lived reality, we should start with women empowerment. At FILRT and across the Filinvest Group, we open up more opportunities for women to ascend the corporate ladder and fill in positions that showcase their full potential,” she added.

Filinvest Land, Inc. (FLI), the sponsor of FILRT, is among the world’s top 10 companies led by women CEOs and with the highest percentage of women executive officers, according to US-based NGO Corporate Women Directors International’s 2021 report “Women CEOs: Opening Doors to Boards and C-Suites,” where 2,994 publicly listed companies from 55 countries were examined.

“We are proud to say that gender equality pervades the Filinvest Group. This goes to show that leadership knows no gender. After all, the conglomerate was co-founded by a strong and inspiring woman that I look up to – my mother Mercedes. We owe this to her,” said Josephine Gotianun Yap, the President and CEO of FLI. Women account for 60% of FLI’s leadership, while 71% and 79% account for Filinvest Alabang, Inc. and Filinvest Cyberparks, Inc. respectively.

“FILRT and Filinvest are proud women-led businesses. As advocates of equality, we believe that anyone can lead people into better lives – regardless of their gender,” said Ana Venus Mejia, FILRT’s Chief Finance Officer. “We are proud to have achieved gender balance and embrace diversity across our management. But outside our companies, we are aware that there is more work to do,” she added.

The world has made leaps to building a more inclusive society as more leaders are finding ways to address gaps in gender equality. In fact, in the Global Gender Gap Index 2021 report by the World Economic Forum, the Philippines ranked 17th out of 156 countries – the highest among Asian nations and second-best in the East Asia and Pacific region. The country has remarkably closed its gaps in Educational Attainment and Health and Survival categories.

However, wage and income gaps are yet to be closed, according to the report. Studies and data show that the pandemic has not only stalled movements toward gender parity – it has also increased gaps and deepened pre-existing vulnerabilities.

“Women are no longer hidden. We are more passionate about our careers than ever, and we will continue to break down walls and defy stereotypes,” Brion-Lirio said. 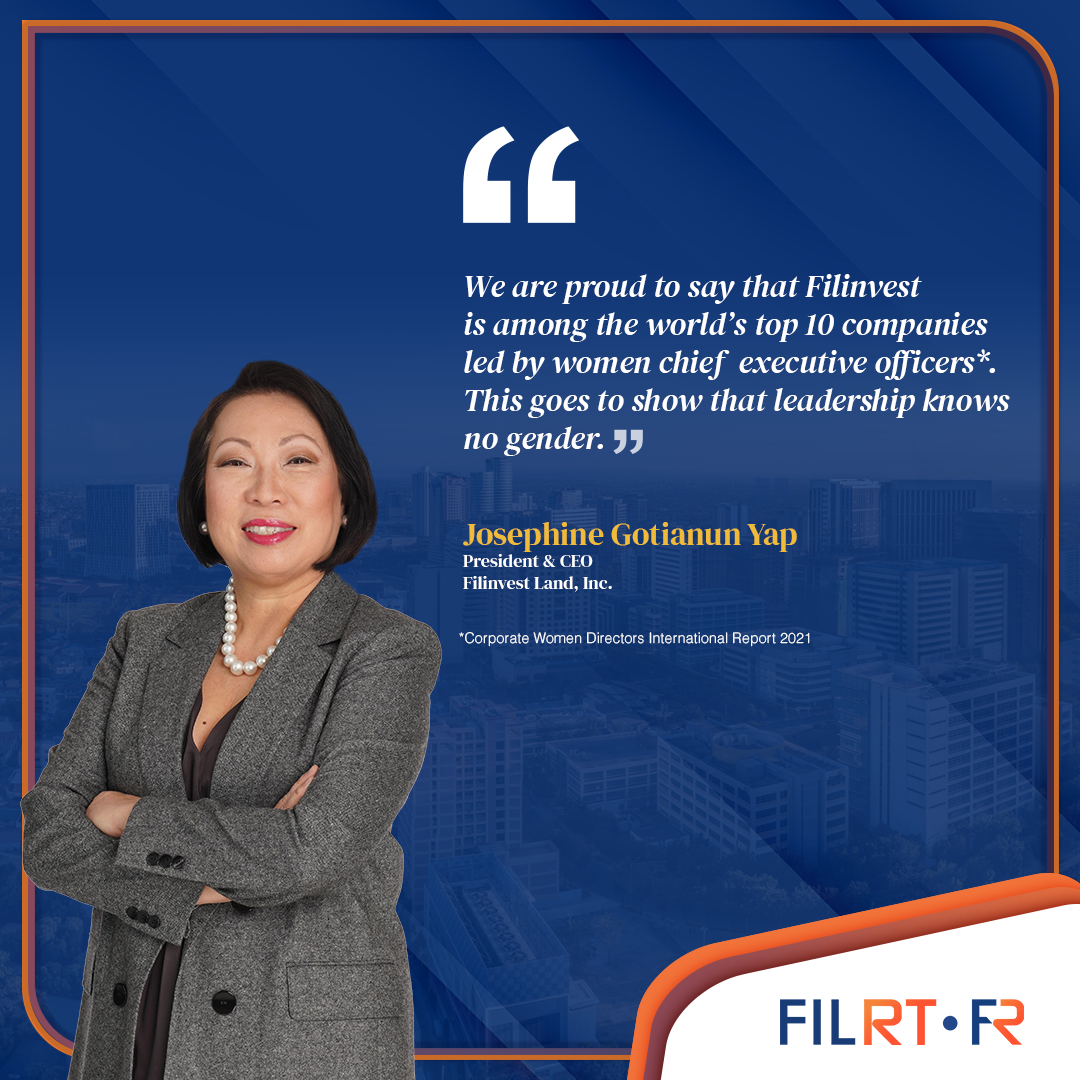 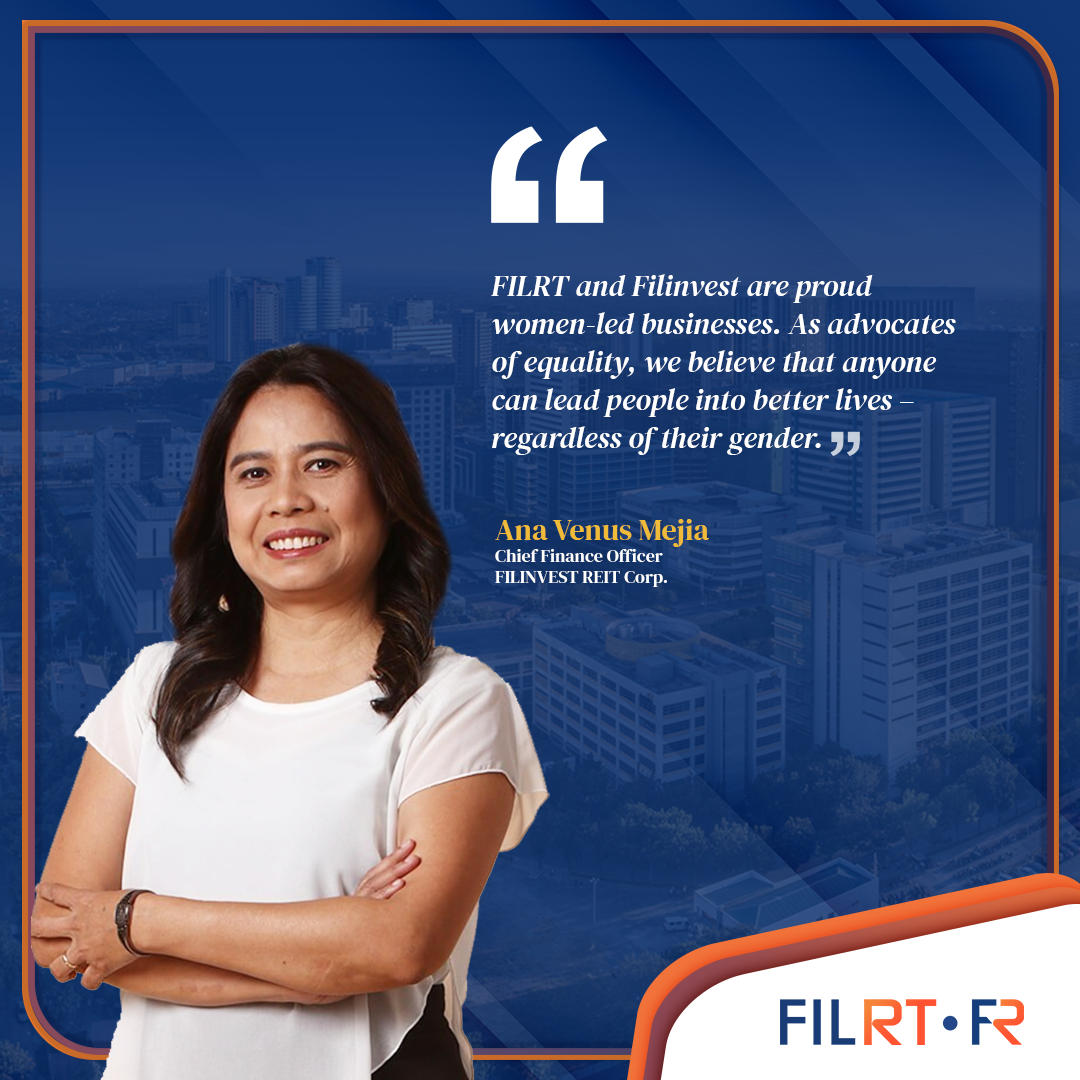